Strong earnings boosted markets yesterday, as the SPX500 and NSDQ100 both closed higher, each recording their best gains for January in 30 years. The DJ30 closed nearly flat.

The monthly Non-Farm Payroll report will be released in the US at 13:30 GMT, alongside the Average Hour Earnings and Unemployment Rate reports. The data released could impact US markets, including the USD, major US indices and other financial instruments. Markets may also be affected by the ISM Manufacturing PMI report, to be released at 15:00 GMT.

While both the U.S. and China cited progress at the high-level trade talks in Washington, they stopped short of announcing a breakthrough that would end the conflict. They agreed to strengthen cooperation on technology transfers and intellectual property rights, while China said it would buy more U.S. goods. Treasury Secretary Steven Mnuchin and U.S. Trade Representative Robert Lighthizer will visit the Beijing in mid-February to hold the next round of talks ahead of the March 1 deadline for avoiding further tariffs.

Amid the lackluster trade in U.S. futures, technology led losses after Amazon reported quarterly earnings.
Although both revenue and profit topped forecasts, its revenue guidance fell short of estimates again, its net income guidance looked cautious and its subscription services revenue growth was much lower than recent quarters.
Shares in Amazon (NASDAQ:AMZN) sank 4% in premarket trade.

Deutsche Bank returned to profit in 2018, its first in four years, despite a greater-than-expected loss in the fourth quarter, the German lender said on Friday.

UK manufacturers prepared for Brexit by stockpiling raw materials at a record pace last month, a closely-watched survey has suggested.

Cryptocurrencies show correction: After registering two days of gains, the crypto market reverted to losses over the past 24 hours, as all top 10 cryptos were in the red. At the time of writing, Bitcoin was down more than 1.4%, trading above the $3,400 mark. Of the top 10 cryptos, XRP registered the largest losses, slipping around 6.5%.

Bitcoin registered losses for a record sixth straight month in January, reinforcing the bearish view put forward by the moving average studies on the monthly chart. As a result, a re-test of December lows near $3,100 could be on the cards.
Read more at http://cryptobreaking.com/bitcoins-price-logs-record-6-month-losing-streak/ 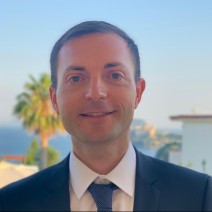